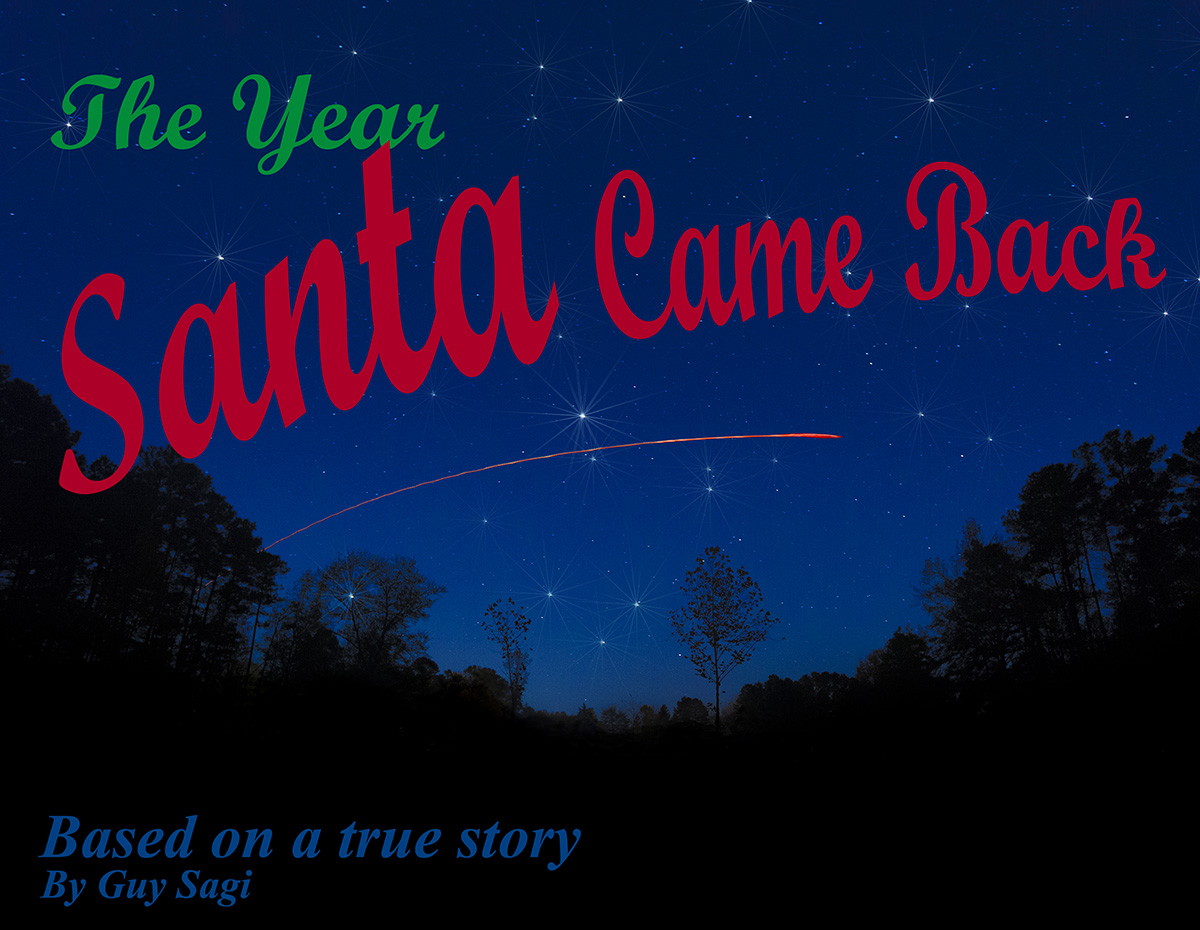 It was probably 30 years ago when I was part of the Search & Rescue teams looking for a lost little girl on Christmas night, high atop the Santa Catalina Mountains just north of Tucson, AZ. The elevation rockets to 10,000 feet above sea level, not exactly the stereotypical view of Arizona. A terrible winter storm moved in, forcing all but one team off the mountain. Somehow they stumbled onto her while trying to get out of their worsening predicament. It took too long, but my children’s picture book, The Year Santa Came Back, is finally available on Amazon in Kindle version for only $1.99—just in time for the holidays.

I wasn’t one of the “heroes” that night, because my team was also withdrawn due to the potentially deadly conditions. The theory was: We’ll be back at first light. I couldn’t even leave the rendezvous point that evening. I was shaking so badly that I kept stalling my truck—clutches do that to you. So, I sat, hunkered over the heater, listening to the radio traffic as the last pair of rescuers worked down the mountain. The cloud cover was so bad they couldn’t see the lights of Tucson and thick fog made navigation a tree-to-tree compass-reading affair. At about the time I thought we were goin 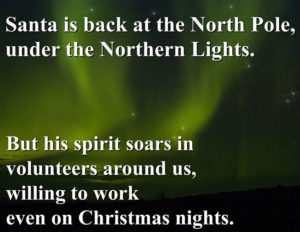 g out again to help the duo, they made the 310-OK call, indicating they’d found the victim, were warming her, making hot chocolate and she was going to be fine.

The incident’s described in The Year Santa Came Back, designed for young readers, ages 3 to about second grade, illustrated by my photography. It begins with some of the sights, sounds and even food youngsters enjoy most in the outdoors. Hot dogs, dancing deer, candy-stealing squirrels, s’mores, camping and more, all to remind them there’s a big and wonderful world out there to discover with the entire family. When the little girl get lost—a subliminal reminder to obey the rules adults issue when out of doors—Search & Rescue responds, and the last team follows a red light below that leads them to her rocks she was using for shelter.

Some claim the light source was a radio tower at the base of the mountain, somehow peeking through the dense fog and clouds. The same people probably think the parting “Ho, Ho, Ho,” that sounded like Santa was someone on the radio, but there was a lot more than happenstance made the happy ending in The Year Santa Came Back. The last page off the book also reminds young readers that Saint Nicholas’ spirit of giving isn’t a Christmas Eve exclusive—it soars in the efforts of volunteers everywhere, 365, 24/7.

The rescue was nothing short of miraculous, particularly in those conditions. The victim found shelter and weathered the storm long enough to be found. To his dying day, my father wanted me to write a young reader’s book detailing the incident. The Year Santa Came Back is published, finally.

Hopefully it gave him a smile. I hope it does the same for all the parents and grandparents out there, too.

*Here’s a closer look at a few of the photos in the book on my Adobe Photography Portfolio. Members of the media who need photos of the cover or a few pages—or want to subject their audiences to a mug shot of the author—can visit this page.

3 thoughts on “The Year Santa Came Back”