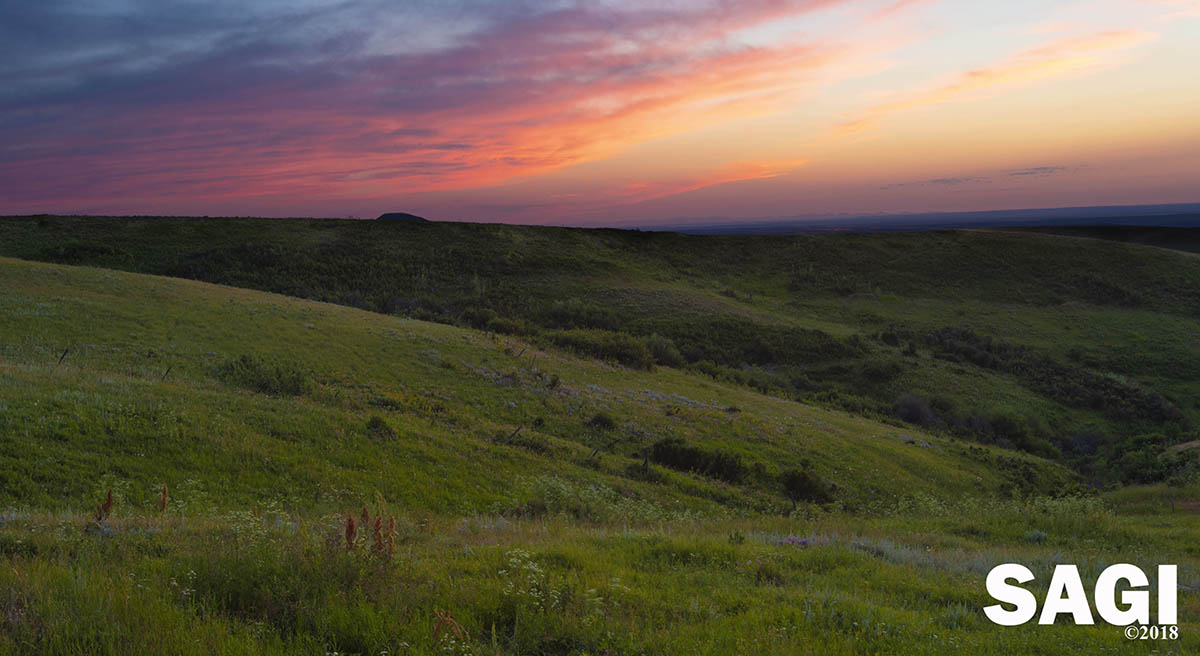 I’m back from a short assignment and captured this decent sunset over Great Falls Montana. It’s not spectacular, but I’m keeping my fingers crossed it starts your evening with the same peaceful calm.

The scenery there is spectacular, the people wonderful and my four-day trip too short—particularly since I spent two of them in airports or on planes. I miss the west and its hypnotic dawn and dusk light shows.

The only bad news is the fact that the color in the photograph is a byproduct of fires burning hundreds of miles away. Hopefully they’re all contained and no people were hurt or property lost. Wildfires are fast and often strike with deadly results.

I only got one full day of shooting in. The second was cut short due to heavy rains, flash flood warnings and impassible trails. I need to go back, soon, like tomorrow?

I flew out of the Fayetteville, NC, airport, and was surprised when I was told to remove any electronics in my carry-on that were larger than a cell phone. That’s three cameras, two strobes, three lenses and an iPad. I might as well have arrived with everything in a grocery bag and packed after I was through security.

The routine was the same flying out of Great Falls. When I asked the TSA agent politely explained the new requirements started about a year ago and enforcement slowly phased into all airports.

It was new to me, although it has been about a year since I’ve flown anywhere. Keep it in mind if you’re traveling with a camera soon.

It was worth the effort, though. I’m still plowing through the files from my Canon and Sony camera, and with the high sky I encountered on day one, glad I shoot in RAW. You’re handicapping yourself if you’re not doing so.

There’s no denying my sunset over Great Falls Montana won’t win any awards. With only eight hours to work, though, coupled with rain and jet lag, it’s sure an eloquent reminder to keep shooting, even if you are at the lodge, were ready for some sleep when the color arrived, and everyone else was shooting the breeze around a friendly campfire downstairs.