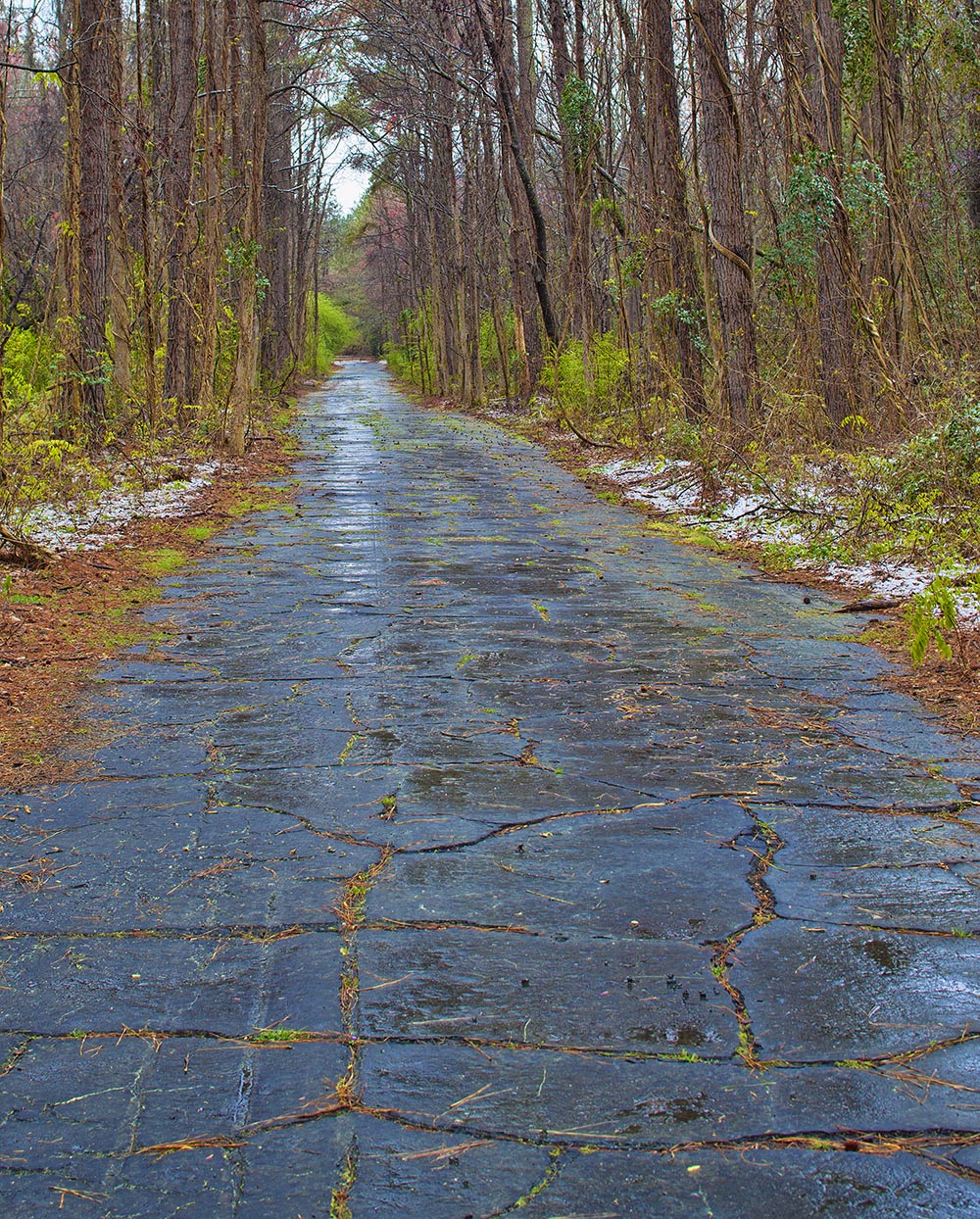 Snow hit Raeford, North Carolina, on March 12. Forecasters predicated no accumulation, but even a little on the banks of the Lumber River would make for some nice photography.

So I made the trip toward Wagram as flurries slowed. If there was a single snowflake within 10 yards of the water, it was microscopic. Nothing on the trees, either.

The moisture turned the place into a brown and black jumble of branches and bark. The mud-stained water did little to remedy the sullen scene.

Adding to my dismay was the fact I grabbed by Canon 45 mm tilt-shift lens. Don't get me wrong, I love that glass, but wanted my wide-angle zoom.

The scene wasn't exactly what I expected, anyway. A warm cup of coffee was waiting back at home, so I jumped in the truck.

Then something struck me. Now's a good time to take a look at that abandoned road, before the leaves spring out and cover the entire scene in their dark tunnel.

Leaves and branches covered the abandoned road the last time I walked it, in December. It's clean now. The low-hanging branches are even gone. The wisteria is thick and there was one single group of flowers. Most weren't leaved out yet, but once things warm back up in a few weeks, that place is going to be covered in purple blossoms. I've marked my calendar.

The lone picture I saved, seen above, worked great with the tilt-shift lens. The overcast day forced a wide aperture, so the end of the road would have been out of focus badly with the wide-angle glass. Giving it a slight tilt worked wonders, without having to work the Photoshop technique of focus stacking or long-exposures in the cold on a tripod.

I did some tone mapping, though (too much?). This image isn't exactly colorful, but the moisture on the cracked old asphalt seems to lead my eye to the end of the road. How about you? Let me know what you think.

*I apologize, but due to the hundreds of "comments" submitted to publicize gambling, drugs and non-family friendly products/websites, comments have been disabled on this post.