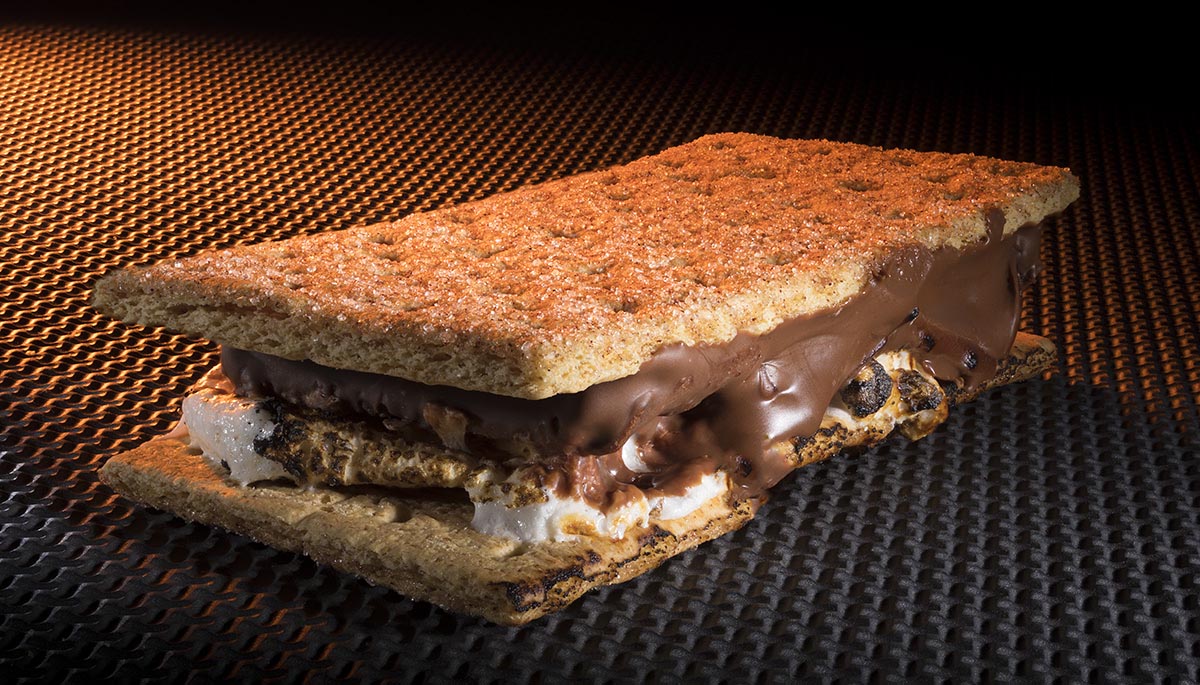 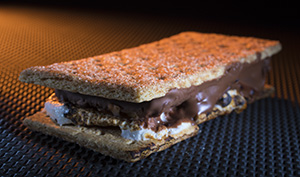 The laws of physics are strictly enforced, but some of today’s photo software has the horsepower to outrun the man—sort of. My efforts at focus stacking a smore for my children’s book, The Year Santa Came Back, are a good example.

Here’s a quick look at the process and why a return to the straight-and-narrow may still be the best option.

Not all the acreage in a naturally aspirated macro photo can be in focus. Well, maybe it can be if it’s a totally flat surface and your glass is an exotic performance machine.

There are ways to try and cheat the system, like tilt-shift lenses and stopping down to f22 or 32. It’s sort of like tuning your ride, though. Robbing low-end torque for higher top speed doesn’t always mean a faster 1/4 mile. In the first case you sacrifice focus in other areas of the image, losing as much in some regions as you gain elsewhere. In the latter case it’s important to remember that most glass doesn’t perform to razor-edge sharpness at a narrow aperture and you’re going to need to add octane—light, and lots of it. Even then, in a macro shot the odds are good the background will look like little more than a speeding blur. 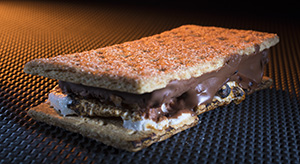 Focus stacking and software handle the problem, but add “studio” work.  I’ve tried Photoshop’s algorithm and gave up before I pulled out the last strands of my hair. I’m using Helicon Focus and highly recommend it.

The theory is straightforward. Set your lens for manual focusing, then focus on the front and hit the shutter. Adjust for slightly behind it, and take another picture. Continue until you’ve captured an image at the very last point you want tack sharp. Then open it in the software, cook and the final image magically greats you at the finish line.

Sounds simple, but it’s not. First, you can’t move focus very much at any time or you’ll wind up with painfully visible blurry lines. Go slow. I grew so tired of those fuzzy tree rings that I invested in a Velbron Super Mag Slider. The smore you see on top is 13 images blended into one, and it’s still not perfect.

Another gremlin enters the equation if the camera moves even slightly. And there are times the top distant point of the subject takes on an annoying, out-of-focus haze. Thankfully Helicon has three different ways of cooking, and one often remedies the problem. That’s not always the case.

Better for a young reader?

An average youngster’s eyesight is perfect.I’ve been using focus stacking in a lot of the upgraded photos for the book to reflect that fact. But, do they really want a microscopic view of every square inch of their favorite outdoor treat? 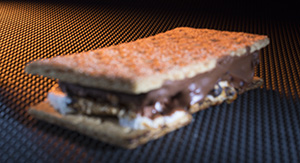 Back focus. Remember the final image is a combination of 13 photos, though.

In this case, I’m leaning toward letting them exercise their imaginations. Done right, a less software-intense photo might help them remember that warm fire’s glow the last time they roasted marshmallows with family and friends. Until The Year Santa Came Back is published in a scratch and sniff version (don’t hold your breath), that might be the best option.

Let me know what you think.

One thought on “Focus Stacking a Smore”