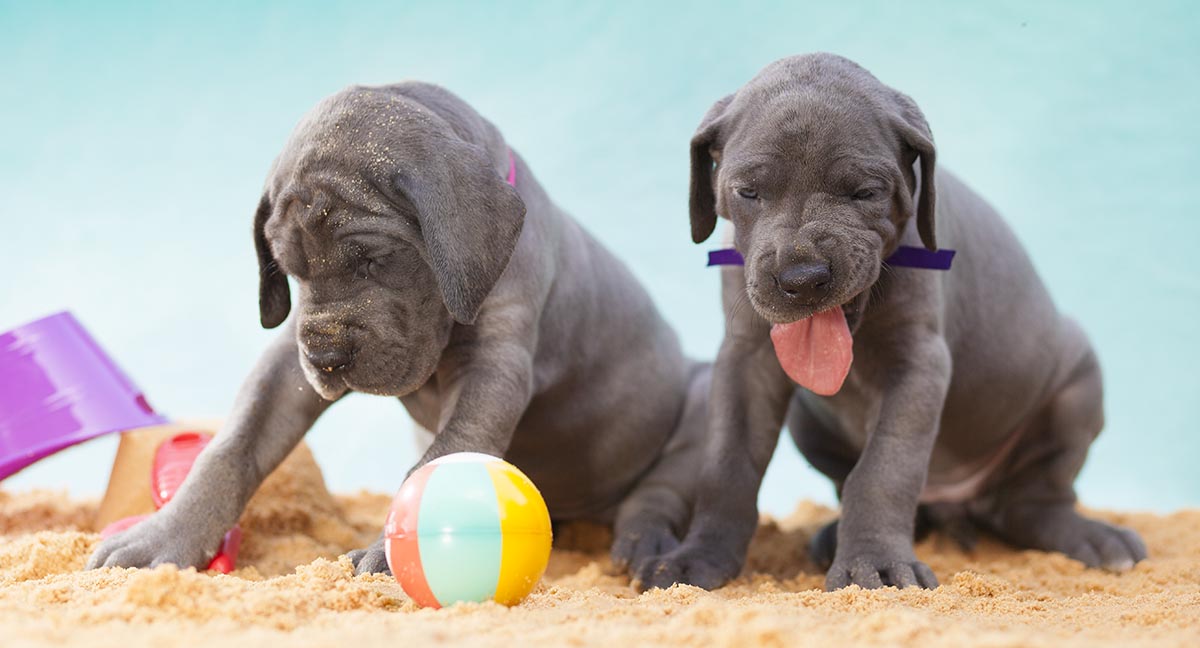 I’ve yet to uncover scientific confirmation, but an occasional photo I’ve taken for Maverick Danes leads me to conclude that some members of a litter feel like they have embarrassing puppy siblings. Expressions of total disgust appear regularly in images when two or more are forced onto the same “stage,” although the displeasure is so fleeting it’s rarely captured on video.

We can extrapolate some mathematical data from that fact with about the same certainty as information derived from bigfoot tapes. Most video is captured at just below 30 frames per second. Apparently that’s too slow to record the displeasure, therefore the longest Great Dane puppy disgust lasts is less than 1/30th of a second.

They get moody, but it passes fast.

It took two flashes to capture the photo above, at a shutter speed of 1/200th of a second to freeze floppy ears, twitchy noses and insatiable desire to be cuddled. That’s just slow enough to synchronize with PocketWizards, strobist style.

I’m not sure what the puppy on the left is thinking. It could be, If I’ve told you once, I’ve told you a million times not to eat the sand. I can’t believe I have to be seen in public with him. Jalapenos are never a good idea on an empty stomach. What did you expect rooting for the Redskins, anyway.

Regardless, the numbers indicate Great Dane purebred puppies show pained expressions brought on by embarrassing puppy siblings for sometime between 1/30th of a second and 1/200th of a second. I’ve tried to determine a more precise figure, but owners usually claim their new family member before my study is complete and, worse yet, my slide rule’s still in the shop.

If you have trouble sleeping tonight, feel free to review this boring information. ISO was 100 (what was I thinking), f-stop 3.2 on an 85 mm lens and a pair of Canon 580EXIIs were in the foreground, left and right, manually adjusted until things looked right. We staged in the shade, the puppies were fed beforehand to slow them down, the sand was warm, background blue and I was hungry. 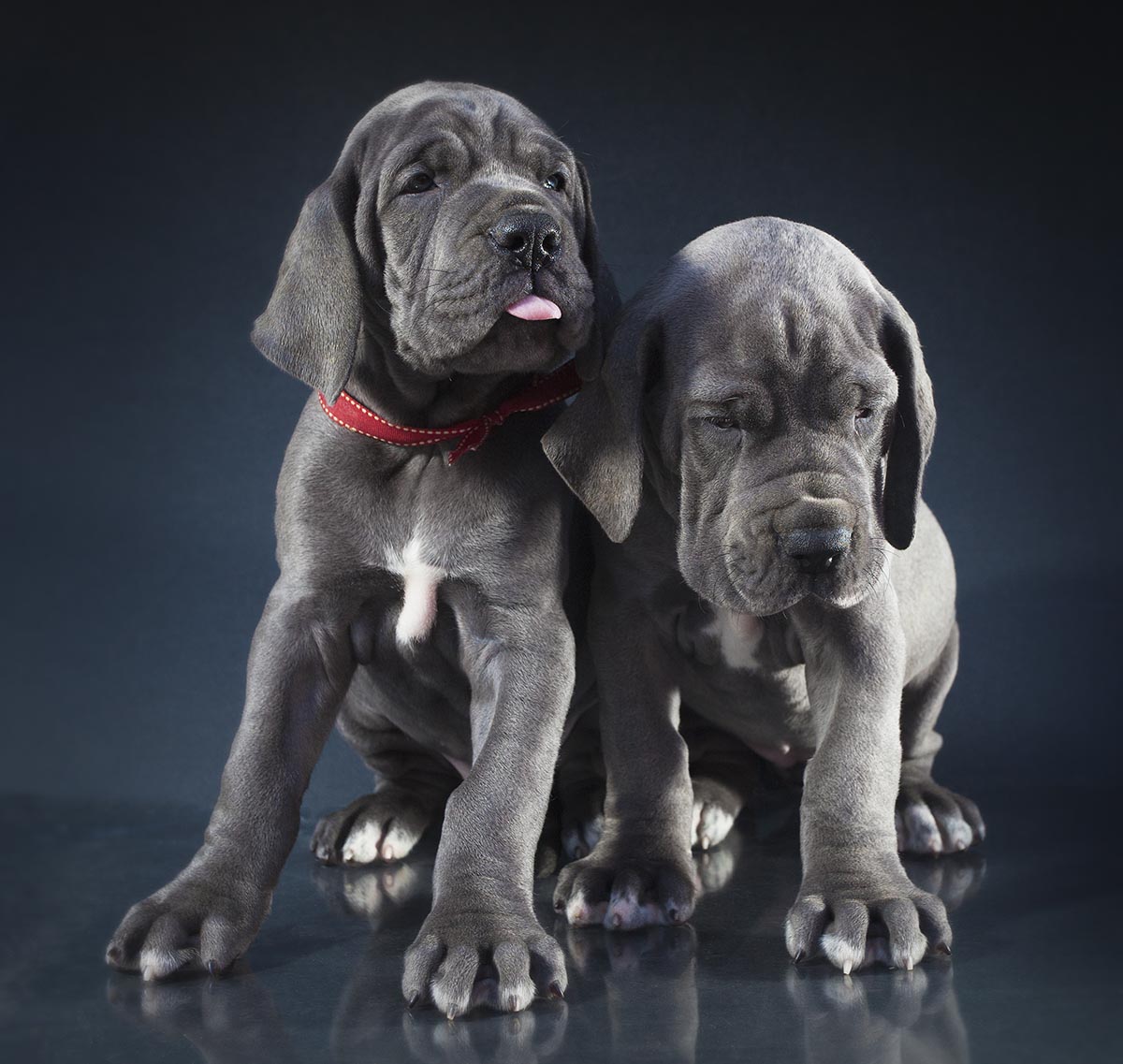 The beach doesn’t have an exclusive on puppy disgust. The second image was once again 1/200th of a second exposure. ISO 200, which indicates I was thinking (therefore fed, and I must warn your away from this sticky wicket during photo sessions), f 8 on my 17-40 mm Canon lens. Same flashes, left and right, but in a dark setting.

The only conclusion possible is that even in very dim light, Maverick Danes can somehow sense when embarrassing puppy siblings are near—even if the tongue sticking out at the camera is silent. Who knew?