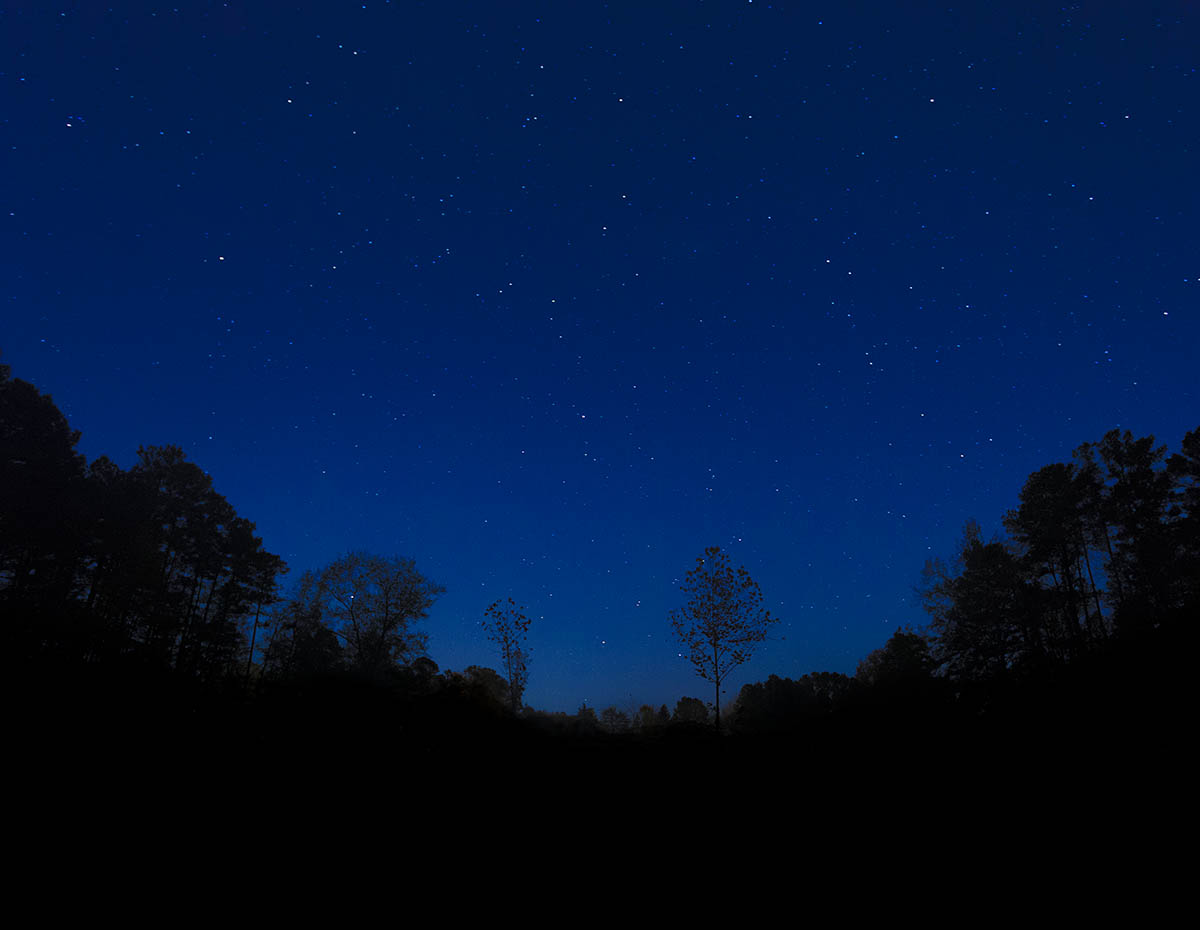 Coming up with a cover photo is different. It needs plenty of room for words and it shouldn’t be colorfully confusing or vibrate with text. This is the naked cover for The Year Santa Came Back. It’s boring, I know, but there’s lots of room for words and graphics. The hard part is coming up with a concept and then disciplining yourself enough to avoid the temptation to zoom in enough that it no longer works.

I think I did OK, but would love to hear what you think. Here’s what it looks like as a finished product and vertically in the paperback version.

It’s the night sky near Raeford, NC. Clear skies helped, but that also pushed the temp below freezing. Don’t try this at home without dressing properly.

One problem I ran into was house lights sneaking through those trees. I needed the forest silhouette to provide perspective, if even only as a silhouette. Rudolph and Santa, after all, don’t deliver to Mars—not yet, anyway—so a flight path closer to the earth’s surface was in order.

To ditch the night pollution I darkened and cloned out ground light using Photoshop. My name and “Based on a True Story” appear in that artificially darkened area. Because I take all of my photos in Raw format, a lot of that work was done before I opened the photo.

First, maybe foremost, it was a dead-calm evening when I started opening the shutter. The slightest movement and those trees would turn into a bushy blur. It probably wouldn’t have been fatal,  but I sell of a lot of my work on other outlets, including some of my outtakes on microstock. This, like most of all my work, was going to do double duty and not just serve as the cover for The Year Santa Came Back.

Obviously, a sturdy tripod is required.

The stars still look a little boring and flat, though. In my next installment I’ll explain that enhancement.